Good morning. My name's Paul Carroll. I'm the CEO and founder of Efficient Wealth Management, a boutique wealth management firm based here in The Woodlands, Texas. Emerging market currencies are falling fairly aggressively right now. That means that emerging market holdings are falling in value, even if the underlying stocks are not falling in their home markets. What's going on here?

Well, first and foremost, interest rates in the United States went up toward the end of last year. The Fed policy clearly is to start actually charging interest on monies out there, if only so when the next recession hits, they've got some bullets in their gun to try to deal with that.

China's growth is running out of steam. I've talked about this in previous videos. Their infrastructure and export-led growth can only go so far, and it's reached that point. Now they have to develop and mature the domestic financial markets and create a greater consumer market within China. That process is going to be much more challenging — not to say they won't succeed, but it certainly won't happen overnight.

As a result of market slowdown, especially from an infrastructure rate, there's a significant drop-off in the demand for raw materials — copper, steel, aluminum, gold, you name it. Of course, this has hammered the commodity producers pretty hard. One of the commodities we all know and love so well in Houston, of course, is oil — energy. We're not seeing a pickup in the price of energy anytime soon, certainly not in the next six months. That's affecting our local industry. What's really affecting the emerging markets is what's going on in the commodities arena.

The commodities super-cycle that was led by China is clearly over. A lot of people tend to make the mistake of extrapolating. This isn't going to be forever. China is going to get its footing. Another unsung hero is India. India is beginning to get its footing too. As these emerging markets grow and develop, the demand and need for these commodities will grow in time, but this short-term cycle is certainly going to prove painful.

A sidebar story that's also affecting the emerging markets is what's going on in Brazil. Brazil, under its current administration, is setting a whole new bar — a low bar — in how to mismanage and mis-run an economy. We're expecting that in addition to the Olympic news that comes out of Brazil, there'll be a significant amount of very negative news coming out of Brazil. The biggest cause of anguish and pain, though, will be for the Brazilians — being that it's a democracy, well, they voted for this pain. They're going to get it.

Where does that leave us going forward? First and foremost, fundamental to markets, especially efficient markets, is that everything I have said is already priced into the market. You know, most of the pain has already been experienced. That's not to say that markets can't continue to overshoot, but from an asset allocator's point of view, the commodity companies and emerging markets in general are actually fairly priced asset classes — you may even argue undervalued asset classes.

Though we cannot forecast when these asset classes are going to turn around, they are certainly buy opportunities on an ongoing basis. This doesn't mean we're going to load up on the stuff so much as if the asset allocation calls for 15% in emerging markets, we're going to build it back to 15%. We don't actually have an asset class for commodities for a number of reasons, but within the tactical growth asset class, there will be room to restore any commodities-driven companies. I say restore because in taxable accounts, we actually did some tax loss harvesting in December. Take advantage, at least from a tax point of view, of some of what's been going on in the news.

These are alternatives that are very important because of two things that are going on systemically in the United States. One, bond returns over the next decade are likely to be in the 2%-2.5% range, certainly not enough to do anything more than offset inflation, and that's before taxes. The second problem in the domestic market is the U.S. stock market is fully valued. We know that. We're not even remotely surprised that there was a slight pullback yesterday. Certainly, there is no January effect this year. If there was one, it was toward the end of December.

As asset allocators, the long game is always the end game. When we look at news about emerging markets and commodities and we start to experience that fear, we need to remember that when the blood's running in the streets is the time to buy. We wish you the best of investing success and a very prosperous new year in 2016. Thank you. 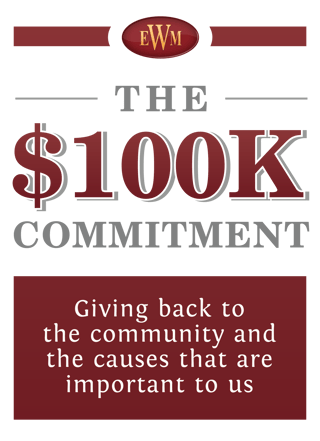